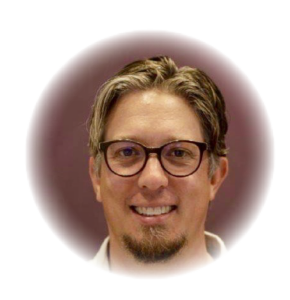 John has been working in the field of special education for over 20 years. John received his undergraduate degree from the University of Richmond, his Master of Education Degree from James Madison University, and his doctoral degree in School Improvement with a focus on Special Education from the University of West Georgia.  He started his career at a residential wilderness school for at-risk youth and youth with emotional disabilities. John also worked in a public high school as a special education teacher and supervised a community-based work-study program for students with disabilities. He was one of the first individuals in the state of Virginia to implement student-directed IEP meetings, and he worked diligently as an educator to bring the student’s voice to the forefront. Since 2005, John has worked at the Virginia Department of Education’s Training and Technical Assistance Center at James Madison University as a coordinator, focusing on behavior, transition, and self-determination. John has served as co-director of the center since 2013. John is a founding member of the Virginia Department of Education’s I’m Determined Project and has served as the State Director and Principal Investigator since 2008. Under his leadership, I’m Determined has grown from 9 pilot schools to over 90 participating school divisions in Virginia and over 40 states across the nation. John is currently the President of CEC’s Division on Career Development and Transition.

This is off canvas menu widget area. To enable it add some widgets into Appearance – Widgets – Menu Section, and go to Customizer – Main menu to set the icon position.